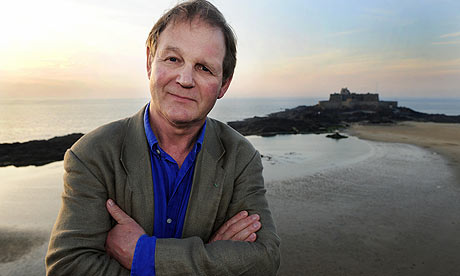 Michael Morpurgo is, in his own words, “oldish, married with three children, and a grandfather six times over.” Born in 1943, he attended schools in London, Sussex and Canterbury (one at least of which was horrible enough to inspire him to describe it obliquely in The Butterfly Lion). He went on to London University to study English and French, followed by a step into the teaching profession and a job in a primary school in Kent. It was there that he discovered what he wanted to do.

In 1976 Michael and his wife, Clare, started the charity Farms For City Children (FFCC), which aims to relieve the poverty of experience of young children from inner city and urban areas by providing them with a week in which they work actively and purposefully on farms in the heart of the countryside. They now have three farms – Nethercott in Devon, Treginnis in Wales and Wick in Gloucestershire. “As a teacher I realised many children had little real contact with the world around them – to them the television was real. I wanted them to experience life at first hand.” In the last 30 years over, 50,000 children from cities and towns throughout the UK have spent a week of their lives living and working on one of the three farms.

Living in Devon, listening to Mozart, and working with children have provided most of the stimulae Michael needs to discover and write his stories. He spends about half his life mucking out sheds with the children, feeding sheep or milking cows; the other half he spends dreaming up and writing stories. “For me, the greater part of writing is daydreaming, dreaming the dream of my story until it hatches out – the writing down of it I always find hard. But I love finishing it, then holding the book in my hand and sharing my dream with my readers.”